I love coming across glimpses of the Spirit in pop culture. Seeing her presence represented in movies or through songs makes me feel… well, it makes me feel loved. It’s like she’s saying, “Here I am… you didn’t think I would show up–not here–but I did!” In the movie The Matrix I was startled when the Holy Spirit appeared in a rather loud and dark dance club. For those who missed this movie here is the synopsis…

In the near future, Computer hacker Neo is contacted by underground freedom fighters who explain that reality as he understands it is actually a complex computer simulation called the Matrix. Created by a malevolent Artificial Intelligence, the Matrix hides the truth from humanity, allowing them to live a convincing, simulated life in 1999 while machines grow and harvest people to use as an ongoing energy source. The leader of the freedom fighters, Morpheus, believes Neo is “The One” who will lead humanity to freedom and overthrow the machines. Together with Trinity, Neo and Morpheus fight against the machine’s enslavement of humanity.

In the movie The Matrix, young Neo (Keanu Reeves) is “The One” (a line from the Bible, by the way, in reference to Jesus).

Being “The One” means that Neo has what it takes to save the humans from a dream-induced state that (not aliens) but sentient machines have put them in, in order to use their bodies as “batteries.”  The film uses classic Christian symbols and names from the Bible (if you missed all the biblical references I can’t help you–you’re going to have to watch the movie(s) again), but I will give you a few of the most obvious symbols. Check out the above poster for instance. In it we see the three freedom fighters–Neo, Morpheus and Trinity–as well as the one backstabbing traitor (Judas) who gives up the life of a revolutionary to live in a (fake) world of luxury. (See this page for more symbolism of  names.)  However, my favorite biblical reference is found in Trinity (A.K.A. the Holy Spirit).  When Neo meets Trinity, a beautiful woman and one of the leaders of the revolution, he’s momentarily sideswiped and blurts…

“I just thought ummm… you were a guy!”

Trinity replies, “Most guys do.”

Of course, when it comes to the Christian Trinity we’re all expecting a bunch of guys. This is because God is Father and Jesus is Son. The third person of the trinity at first glance seems no different. Plus, we are so accustomed to men leading that the thought of a female leader–within our Bibles and in our God seems not only unlikely but…well, impossible.  But with The Matrix (just as in The Shack) we find our Christian heads spinning–suddenly instead of a guy or even a dove (the symbol we all align with the Spirit) we find God in the image of a beautiful woman–the Holy Spirit as a woman. I guess it’s no coincidence that the Jewish Encyclopedia says, “The gentleness and grace of the dove make it a favorite simile for female beauty and tenderness…” (link here to the Jewish Encyclopedia).

The Holy Spirit is most definitely gentle and graceful; however, just as in The Matrix, she is also a freedom fighter. 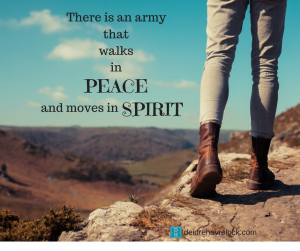