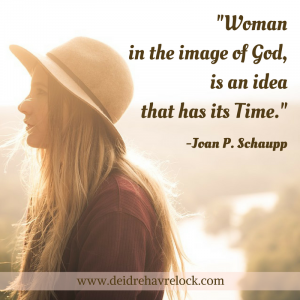 How exactly are we created in the image and likeness of God? What is the differences between “image” and “likeness”? Does this mean man and woman look like God in some way?

The Plurality of God

Then God said, “Let Us make man in Our image, according to Our likeness; let them have dominion over the fish of the sea, over the birds of the air, and over the cattle, over all the earth and over every creeping thing that creeps on the earth.” So God created man in His own image; in the image of God He created him; male and female He created them.” —Genesis 1:26-27 (NKJV, bold added)

In the Genesis verses above, God makes man and woman not in “His” image but strangely in “Our” image. Clarification comes once we realize the translated word “God” (in Hebrew ʾĕlôhîym) is grammatically plural—Gods. This plurality explains the use of “Us” and “Our” as God is speaking to His/Her plural self.

What Does it Mean to be Made in the Image of God?

The word “image” (tselem in Hebrew) means a representation of something such as an idol would represent a person, spirit or a god. The word tselem is used throughout the Old Testament to refer to handmade idols that represent different gods.  In this sense, Adam and Eve are God’s representatives. They have been hand-made by God and brought to life by God in order to function/act as God’s representatives here on earth. If man and woman really do represent God, then we must be mindful of displaying God’s character of love — anything less is a misrepresentation of God.

Elohim (Gods) wanting to bring both the diversity and rule of Him/Herself to earth, established two significant and commanding images to represent Themselves: male and female.
Click To Tweet

What Does it Mean to be Made in the Likeness of God?

The word “likeness,” however, does not mean representation. Instead, likeness is the Hebrew word dmûwth and it surprisingly means resemblance as in “to look like.”  Dmuwth is used throughout the Old Testament specifically in reference to how something looks physically.  See the following example:

GO HERE to view the statue of King Adad-iti; it contains an Assyrian inscription translated into Aramaic. “The Aramaic translation contains the words image and likeness, which are linguistically equivalent to the Hebrew terms found in Genesis 1:26.” The statue is the image and likeness of the king. The statue, therefore, represents and resembles the king.

This means, of course, that both man and woman — the male image and the female image — represent and resemble God(s).

The amazing truth is the “God family” created man and woman to “represent” and “look like” Them here on earth. Because of this, there is never a need to re-create an image (like a carved idol) to represent God since we are God’s true representatives. Any other representation is completely senseless:

Since we are the children of God, we have no excuse for thinking that the deity looks like anything in gold, silver or stone that has been carved and designed by a man. — Acts 17:29 (NJB, bold added)

Not surprisingly, once Adam and Eve were created, they then continued on with the process of procreation, creating children in their “image” and “likeness” as God had done before them:

When Adam had lived one hundred thirty years, he became the father of a son in his likeness [dmûwth], according to his image [tselem], and named him Seth. –Gen. 5:3 (NRSV, bold and additions added)

Who was Eve Fashioned After? 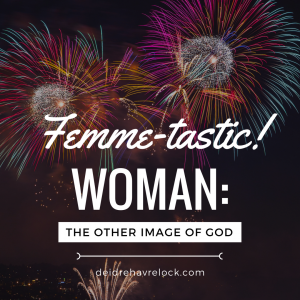 We readily see and acknowledge the male aspect of God since we so easily view Him in Jesus.  Because the male image is so obvious and prevalent, the female image tends to be seen as secondary, mysterious and sadly, even irrelevant.

But the female image is not irrelevant. The female image of God is not secondary. She may, however, be mysterious… and that is why I have chosen to address this topic. So who was Eve fashioned after? The female image comes to us from the Holy Spirit — the Spirit that resides within Jesus.

The Holy Spirit is NOT a “He”