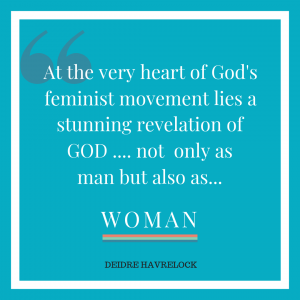 When I first began my study of the Holy Spirit as Mother and woman as Her divine image bearer, I searched for books that could encourage me and shed light upon the subject. This is a list of those books that helped me along my journey of learning about my Mother, the Holy Spirit. The books are written by (mostly women) from diverging backgrounds both in regards to religious tradition and educational background, egalitarians and complementarians alike. I honor each of them here for their work. Together, we work — as the Spirit leads, step by step, revelation by revelation — to understand the blessing and person of our Mother, Holy Spirit. Each author, though we may disagree on some theological points, has something wonderful to offer regarding God as Mother.

What I have learned through my journey and study is:

Ultimately, the Holy Spirit wants Her image bearers’ identity restored so women may stand side-by-side with men ready to fulfill the original purpose God bestowed upon us before the fall: “Be fruitful, multiply, fill the earth, subdue (conquer, overcome) it; and have dominion.” –Gen 1:28

To accomplish the work that needs to be done, the Spirit is seeking much deeper intimacy and relationship with us. It is time to get to know the Spirit.

There is something truly feminine about the Holy Spirit. - Joan P. Schaupp, D. Min.
Click To Tweet

Woman: Image of the Holy Spirit. This little book (no longer in print) is a constant source of joy and encouragement to me. Written in the 70s, it conveys not a theological perspective but a heart one, a bold knowing regarding woman’s identity.

But how are woman in the image and likeness of God? This is a basic question that needs more attention. My own intuition, formed by my meditation on Scripture, tells me I am patterned after the Holy Spirit. “ 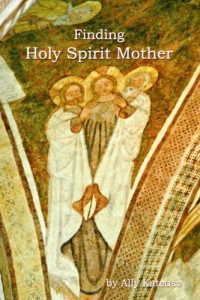 “When I was ten, I asked a gray-haired reverend who was shaking hands at the church door, ‘Why is God a boy?’

He paused. Then spoke what sounded like an ancient mantra: ‘God is both male and female. God is both he and she.’

I was just a little girl. But I knew I hadn’t heard any ‘She’ in his sermon.”

This highly recommended book was published in 2014 by Ally Kateusz, PhD. I love this book which is filled with samples of the earliest Christian literature about Holy Spirit Mother as found in the Gospel of the Hebrews, Gospel of Thomas, Gospel of Philip, Gospel of Bartholomew, Gospel of Truth, Acts of Thomas, Acts of Philip, the Secret Book of John, and more. Ally’s heart through her discovery is to (as the scriptures encourage us to do) honor both Father and Mother.

“Even so did my Mother, the Holy Spirit, take me by one of my hairs and carry me away on to the great mountain Tabor.”

-Gospel of the Hebrews

Holy Spirit went from being feminine in the Cradle of Christianity, to neuter in the Greek gospels, to masculine in the powerful Latin-speaking capital of the Roman Empire. -Ally Kateusz
Click To Tweet 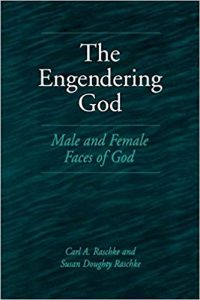 What we find, ironically, through a linguistic and ideological analysis of much biblical literature is that despite both ancient and modern wording, the God of Israel is an engendering Deity who is revealed in both male and female guises.

This highly recommended book perhaps best encapsulates my thoughts on the Godhead: God is not male or female. God is both at once. Leaving aside stereotypical gender roles, this book focuses on the divine nature of gender itself saying, “We can begin to talk about a man-woman “spirituality” as if it were something much more profound than a religious means of acting out what are at the core nothing more than social roles.”

“An engendering Godhead is a fuller and more radical kind of thought. It harks back to the challenging and almost paradoxical legacy of Christianity with its formulation that God is a unity behind several “persons.” 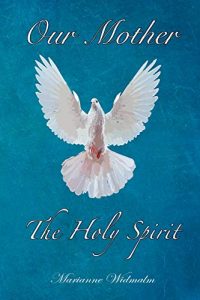 “Most Christians agree on the profound significance of the Holy Spirit, but the fact that her gender has been lost in translation is not generally known. If churches worldwide would be true to what the Hebrew Scriptures, and the Aramaic/Hebrew speaking Jesus taught about the femininity of the Holy Spirit, it would revolutionize Christianity.”

Published in 2019 and written by Catholic scholar Marianne Widmalm, this book is a great resource in understanding how the gender of the Holy Spirit became lost in translation; despite this, we can still find her presence within the Bible today. Contains excellent references of extra-biblical texts. 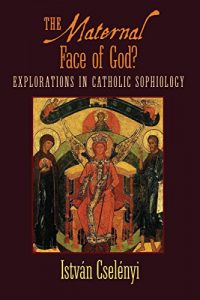 “The literature of wisdom assumes that Sophia is a divine person: the entire reasoning of Wisdom 9:9-18 is based on the idea that no mortal can know God; we can only get to know Him through Wisdom. Therefore, Sophia is part of divine life. However, this is something inconceivable within the framework of the Old Testament. And this is the very place where the identity of Sophia and the Holy Spirit is pronounced: ‘who can know your counsel, unless you give Wisdom and send your holy spirit from on high?’ (Wisdom 9:17).”

István is a Byzantine Catholic priest. The Maternal Face of God? is his first translation into English (originally in Hungarian). However, he will be releasing another English translation sometime this year called The maternal face of the Holy Spirit. 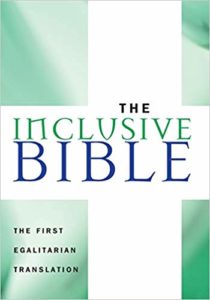 Looking for a Bible translation that uses the pronoun “she” for the Holy Spirit? Here it is.

The Greek pronoun “autos” means, “she, he or it.” The translators of the Bibles which we all read have all chosen to use “he” or “it” when addressing the Spirit but never “she.” Even though “she” is a valid option. The Inclusive Bible has changed that by allowing us to speak of the Spirit as our Mother.

“[Jesus said] I will ask the One who sent me to give you another Paraclete, another Helper to be with you always—the Spirit of Truth, whom the world cannot accept since the world neither sees her nor recognizes her; but you can recognize the Spirit because she remains with you and will be within you. I won’t leave you orphaned [like children without a parent].” –John 15:16-18, additions mine. 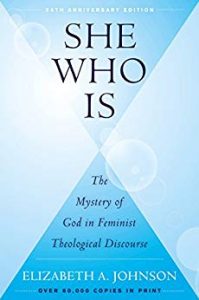 “Neglect of the Spirit and the marginalizing of women have a symbolic affinity and may well go hand in hand.”

This is a classic text explaining current feminist theology and how we may rediscover the feminine God within the Christian tradition. I quite like this book. It’s  inspirational — although I disagree with it on numerous theological points (such as its conclusion that the Holy Spirit is invisible). Therefore, it does not represent me as a Christian feminist. As a First Nations woman, I think the one thing of value that I have to add to this conversation is that Spirit is not necessarily invisible. If you want to “see” the Holy Spirit simply read Revelation 12. Despite this, the book is a great work in introducing feminine imagery of the Bible.

God as mother is dangerous language. It summons those 'born of God' to maternal thinking as a moral project. -Elizabeth A. Johnson
Click To Tweet 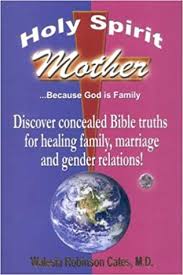 Published in 2004, this book inspired me to host a conference in 2013 called The Mother Heart of God: Because God is Family. Walesia is not a theologian, she is a medical doctor and her prophetic heart is for women around the globe to see themselves as powerful image bearers.

“As we receive more revelation from the Word of God through Holy Spirit Mother, both women and men are beginning to understand the true value of the woman as a ‘shadow of the heavenly’ Woman.” 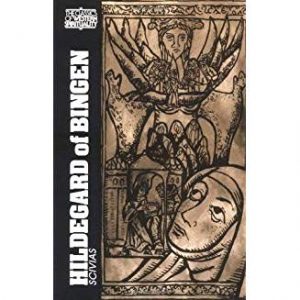 ” Praise, therefore, praise God , ye blessed hearts, for the miracles God has wrought in the frail earthly reflection of the beauty of the most High; as He himself foreshadowed when He first made Woman from the rib of the man He had created.”

Scivias (“Know the Ways”) by Hildegard of Bingen was written around 1175. It contains recorded visions of the Trinity of God, such as the one below called “Motherhood from the Spirit and Water.” If you are a fan of spiritual visions, you will love this book. 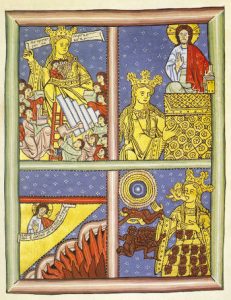 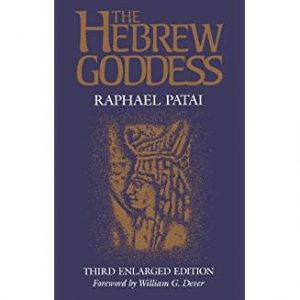 “In Hebrew and Aramaic, the gender of the subject plays a much greater role in the sentence structure than in Indo-European languages, In English, for instance, one can say, ” The Shekhina rose up… and said,” without becoming aware at all of the gender of “the Shekhina.” In Semitic languages, the verb as well as the adjective have separate male and female forms; in the sentence “the Shekhina rose up…and said,”  therefore, both verbs impress the reader  (or hearer) with the femininity of the Shekhina by taking themselves the feminine forms. Thus, even without any explicit pronouncement to the effect that the Shekhina was a female divine entity, her sex was kept in the forefront of consciousness by every statement made about her.”

-from Chapter 4, The Shekhina, Raphael Patai

This book, published 1967, was groundbreaking when it first came out. It contains excellent references to the earliest Jewish thoughts on the gender of the Holy Spirit who is God’s Shekhina glory. This book also contains information on other “goddesses” such as the Canaanite goddess Asherah and the mythic Lilith. 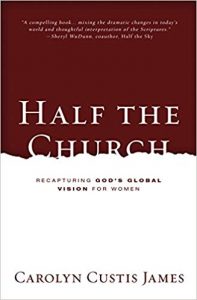 “When God created human beings in his image and likeness, he was designating us as his representative on the earth. Instead of running things directly himself, he chose us as his intermediaries to run things here in this world. As his image bearers, we speak and act on his behalf. This is not only about Christians. Every human being is God’s image-bearer — granted the highest possible rank of all of God’s creatures.”

— Carolyn Custis James, Half the Church

I’m highly recommending this wonderful book because of its importance in understanding that every single person is an image-bearer — not just Christians. Every person — and this includes ALL the women on the planet — has a huge calling upon themselves to grow into the likeness of the God who created them, stepping out to “rule and subdue” the earth along with the men. This books includes study questions at the end of each chapter.

Warnings about the 'feminization of the church' communicates a clear message that there is 'enough' of us and what the church really needs is more sons. -Carolyn Custis James
Click To Tweet 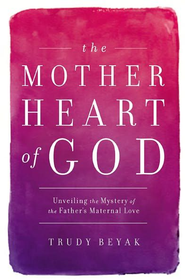 “Never have I felt more awestruck by the mercy of God as I am today. God loves me in a sacred balance like a kindhearted father and a merciful mother! And the proof has always been there, neatly tucked away as hidden treasure in the Holy Scriptures, just waiting to be discovered.”

This book came out in 2013, the same year I was hosting my conference called, The Mother Heart of God. It’s the journey of Trudy Beyak, a journalist who felt God calling her to interview leaders from major Christian faiths regarding the subject of woman created in the image of God.

“I am impressed by Genesis 1:27 in which Moses beautifully portrays how the male and the female together are made in the image of God, Imago Dei. As I think about this, it suddenly strikes me that the woman, therefore, must reflect the nature of God in some mysterious way — no less than the man. The feeling that washes over me is warm and electrifying. Why had I not noticed this before?”