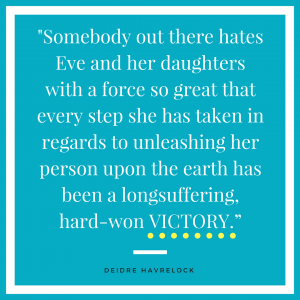 The restoration of Eve is taking place right now. This means that Eve’s true identity and her destiny is unfolding. Therefore, what you see rising up out of the voices of women everywhere is the female image of God. It’s not just a revolution—it’s a revelation.

As a woman of God do you know who you are? I thought I did. But as it turned out, I had a lot to learn about myself and about how God views me. I have compiled this study on The Restoration of Eve so that what I have come to learn — that Eve is a powerful (and feared) representation of God — may become a blessing to others.

If you want to know the truth, when I first got married–and immediately after I read the Bible–I came to the startling conclusion that God liked men better than He liked women.

It seemed obvious through the events of the Bible (as God chose again and again to work primarily through men and their sons) that God did indeed prefer men. And even more than that the scriptures seemingly stated that God, Himself, was a man: God was a Father represented by a Son. Yet, I knew something was amiss with this outlook of mine. After all, when I prayed (and I prayed a lot) never did God ever make me feel like I was thought of as different than my husband; never did God make me feel like He actually liked men better, and never did He seem to lavish His love solely upon my husband. And strangely enough God never said to me, “Be quiet and let your husband lead.” Instead, God said mysteriously challenging things like, “You are the preacher.” “I have things for you to do.” “What will you do when I ask more of you?”

The truth was, eventually I felt this tangle of confusion in my heart grow taut—as though someone was pulling my muddled thoughts in a completely new direction.

Yet, still, when I had a dream that I would give birth to three children (not all at once) I knew in my heart that I would have three sons. I thought this because my husband was so… well… godly. A man after God’s own heart, as they say. Certainly, God would bless him with sons. That’s biblical, after all. I was shocked when I instead gave birth to three lovely daughters.

My daughters became my revelation.

My initial (and wrong) epiphany regarding God preferring to work primarily through men was born (1) from my reading the Bible, (2) from my wrong interpretation of what I thought I saw there within the Bible’s pages and (3) from a lack of experience with God. The eventual birth of not one but three daughters became a journey of discovery for me.  A journey toward understanding how God feels about women: their importance within the Church and their spiritual struggle as a whole. 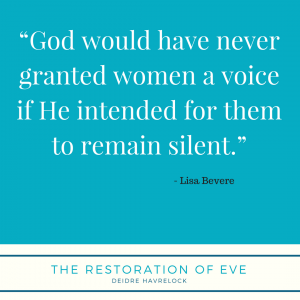 Ultimately, I write (and I dream) about the full restoration of Eve because I believe feminism is the greatest (and by that I mean longest, most drawn-out) spiritual battle the world has ever seen–Jesus died so that we all can live in freedom and truth–but women have an enemy that frantically and unrelentingly battles to see us rendered silent and small. The truth is, somebody out there hates Eve and her daughters with a force so great that every step she has taken in regards to unleashing her person upon the earth has been a longsuffering, hard-won victory. God has a plan for women, and it has nothing to do with remaining silent. As Lisa Bevere so aptly said, “God would have never granted women a voice if He intended for them to remain silent.”

And so I have chosen a path that some might call bizarre or even rebellious. But to me speaking and teaching about the restoration of Eve (and the femininity of the Holy Spirit) is all part of God’s plan. It’s part of the gospel message… only it’s about women this time.

What you see rising up out of the voices of women everywhere is the female image of God. It’s not just a revolution—it’s a revelation.
Click To Tweet

Eve: “Image” and “Likeness” of God 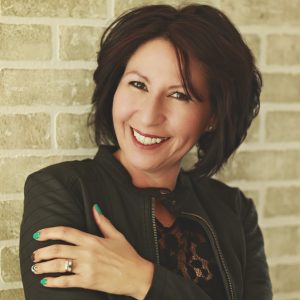 I believe in the full restoration of Eve. This includes acknowledging Eve and her daughters as created in the image of Creator Spirit. I also write children’s literature. Welcome! 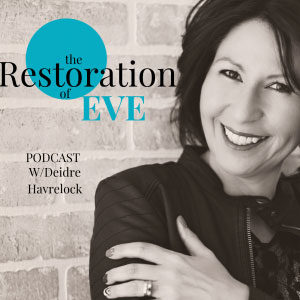