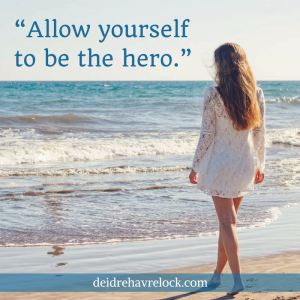 Just after becoming a Christian, I was led to the Bible passage below and it would stay in my mind for years. I came across Revelation 12 and I heard not an audible voice, but an inner whisper say to me, “I will tell you about this,” so to say the least I was excited:

Now a great sign appeared in heaven: a woman clothed with the sun, with the moon under her feet, and on her head a garland of twelve stars. Then being with child, she cried out in labor and in pain to give birth. And another sign appeared in heaven: behold, a great, fiery red dragon having seven heads and ten horns, and seven diadems on his heads. His tail drew a third of the stars of heaven and threw them to the earth. And the dragon stood before the woman who was ready to give birth, to devour her Child as soon as it was born. And she bore a male Child who was to rule all nations with a rod of iron. And her Child was caught up to God and to His throne. … And the dragon was enraged with the woman, and he went to make war with the rest of her offspring, who keep the commandments of God and have the testimony of Jesus Christ. (NKJ Rev 12:1-5, 17)

Now as it happened, the book of Revelation was the first book I read once I became a Christian and as I read about the woman in Revelation 12, I immediately recognized her as the Holy Spirit. I assumed the woman in Revelation 12 was the Holy Spirit because having recently been “born again” as I read “And the dragon was enraged with the woman, and he went to make war with the rest of her offspring, who keep the commandments of God and have the testimony of Jesus Christ” I recognized myself as being one of those children. I was “born” of the Spirit; I kept the commandments of God; I held the testimony of Jesus—she, then, was my mother. It made perfect sense.

But after joining a church, things changed. I eventually came to believe, through protestant and evangelical teaching, that the highly honored woman in Revelation 12 wasn’t my mother at all. In fact, she wasn’t even a mother because she wasn’t real. She was simply the personified New Jerusalem (what exactly that meant, I wasn’t sure).[1] Consequently, I tried to put the seemingly insignificant, yet, curious woman out of my mind.

But why was it so easy for me to talk myself out of my initial revelation?  Well, first of all there were all those “he” pronouns that are used to describe the Spirit throughout the Bible (GO HERE for an explanation on that). But perhaps there was something more? Perhaps there was something inside me that made, really, a simple explanation feel… well, blasphemous? In fact, my initial doubt and hesitation at believing in a spiritual mother reminds me of my good friend Becky, whom after I confided in her that I was thinking of the Spirit in feminine terms said, “Well it makes perfect sense, but it’s hard for me to believe.”  Well, eventually Becky found herself talking with her own good friend, who’s Catholic (she believes firmly in Mary being the woman in Revelation 12). Becky and her friend soon got into a conversation about the Catholic Church’s extra-biblical theology regarding Mary: her sinless nature and her role as mediator, co-redeemer and guide. Then, when Becky reminded her friend that Mary’s theology scripturally belonged to the Holy Spirit further suggesting that perhaps the sightings of Mary were in fact sightings of the Holy Spirit, her friend said, “Come on Becky, as if God is female. That’s sacrilegious!”

I guess Mary is a safe distance away from God. After all, some Maryologists believe Mary is neither fully human nor fully God—a quasi God of sorts.[2] I talked with Becky soon after this conversation took place and we came to the sudden realization as to why it’s so hard for us (people in general) to believe that our mother exists in the “fully-God” Holy Spirit: deep down (or perhaps not so deep down) we feel like it’s an insult to call God a woman.  In fact, one of the most used insults of our time is to call a man a woman. We say things like, “You throw . . . run . . .cry… fight . . . and squeal like a girl.”  Even the Bible itself often compares fearful men to women in labor,[4] and the worst Biblical insult is for a strong man to be killed by a weak woman’s hand: “Draw your sword and kill me, lest men say of me, `A woman killed him’” (Jdg 9:54). This view of women being weak  and inferior is, we discovered, why it was such a battle for us to think of God as woman—it seemed belittling.

When woman is cast in this light, yes, it becomes difficult to believe God not only contains, but is the living and eternal blueprint for woman. Ultimately, a negative or reduced view of women can keep us from experiencing God to the capacity of which God intends for us.

However, as I began to explore the whole Bible, and this includes the Catholic church’s apocrypha, I soon discovered something interesting. I realized it was God who often used women to overthrow prideful men:

Look at their pride, and send your wrath upon their heads. Give to me, a widow, the strong hand to do what I plan . . . crush their arrogance by the hand of a woman.  For your strength does not depend on numbers, nor your might on the powerful (NRS Judith 9:9, 10-11).

Most blessed among women is Jael, the wife of Heber the Kenite; blessed is she among women in tents.  He asked for water, she gave milk; she brought out cream in a lordly bowl.  She stretched her hand to the tent peg, her right hand to the workmen’s hammer; she pounded Sisera [commander of the Canaanite army], she pierced his head, she split and struck through his temple. At her feet he sank, he fell, he lay still . . . Thus let all Your enemies perish, O Lord! (NKJ Jdgs 5:24-27, 31)

Shockingly, both Judith and Jael end their journey with the beheading of the commander of an army. In taking the head of their enemy, both women take the source of life of the army itself (GO HERE to read about the metaphor of “head”). Women may be weak, but that is precisely what makes them strong. God views woman in this victorious light because of His Holy Spirit:

Therefore, when Judges 5:31 declares that ALL of God’s enemies shall perish at the hand of a woman it is because the Holy Spirit is God’s power on earth. If you want to see her all you need to do is read Revelation 12.

[1] Other teaching includes viewing the woman in Revelation 12 as “Israel” personified. For example, the nation of Israel “birthed” Jesus.