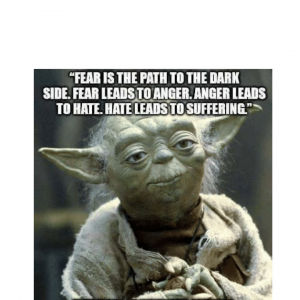 Sadly, I think I might have to break up with you. Yes, it’s true we’ve had some wonderful times together singing about our love for Jesus and the family of God; and yes it’s true, you’ve often said the right words to make me feel loved and important to the body of Christ; and I certainly know that I’ve expressed my love for you by supporting you with everything I had to give, but lately I feel like the truth of your love lies in the power you so desperately seek. In short, I’m just not that into you anymore. You see, I’m in love with Jesus.

Okay I’m not quite ready to give up on all of the Evangelical churches out there, but due to an experience I had last month my perspective on church in Canada is definitely marred.  I attended a Christian conference here in Canada. It was on the theme of “Dominion”–one of my very FAVORITE themes! But minutes into the conference I realized my definition of dominion was quite different from the presenters’.

Now I had attended this same conference before–seven years earlier–numerous times over the course of about four years, and it had always been wonderful. Full of praise and worship and great prayer and powerful speakers who spoke on things like the gifts of the Spirit and love. But this time the event was noticeably different–and by “different” I mean creepy.  This time the conference was about how the church in Canada needed to gain political power in order to save the country from those ungodly liberals. Apparently, the view of “dominion” being expressed at this conference was all about gaining power, taking control of the “kingdoms” of this country which include all aspects of government and social institutions–they wanted to take back the land and have “Christian” dominion (rule) from Sea to shining Sea. And if that doesn’t creep you out perhaps it should.

There is a false view of dominion taking root in our churches; in fact, it’s already taken root. It began spreading heavily in the 1980s. I heard it being preached from pulpits here and there, but I didn’t really think there was any cause for concern–until I moved to the States and began studying dominion myself, that is. In order to understand the current view of dominion take a look at this quote from the book The Changing of the Guard: Biblical Principles for Biblical Action

Christians have an obligation, a mandate, a commission, a holy responsibility to reclaim the land for Jesus Christ—to have dominion in civil structures, just as in every other aspect of life and godliness. … But it is dominion we are after. Not just a voice. … Christian politics has as its primary intent the conquest of the land—of men, families, institutions, bureaucracies, courts, and governments for the Kingdom of Christ. —The Changing of the Guard: Biblical Principles for Biblical Action

This definition of dominion wrongly assumes that all Christians will be drawn to and value one political party–the right one. It also wrongly assumes that once Christians have control of the land  they won’t abuse that control or make mistakes that harm people. (Let’s remember how the “Christianization” of the North American Indians went). But the truth is Christians are diverse–and thank goodness we are. We actually exist in different political arenas–we have different thoughts regarding freedom and rules. And thank goodness we do. Now don’t get me wrong . I’m all for voting. Voting is extremely important in our democratic society. But this Christian conference I attended wasn’t about voting. It was about being told who to vote for.

During the conference, we were told that if we did not vote for (a specific candidate of the United Conservative Party) then Canada would  be sure to decline into complete moral decay. At this point the speaker (who used to be my pastor at one point in my life) began a speech that was straight from the pages of If You Give a Mouse a Cookie. He described how when this (horrible thing ) happens then this (a more horrible thing) will happen, leading to (a worse horrible thing). It was an onslaught of ever increasing (albeit totally imaginary) horrible, degenerative events that would befall our great nation, ending with “the government will take your children away!”

No surprise that my mind was screaming, “Manipulation through fear mongering!”

And then–as if the pastor had heard me–he said, “Now, I’m not trying to fear monger here. But these things could happen.”

A second speaker was no better. He began a screaming sermon where he condemned the very bad ungodly democrats (now I’ve met an awful lot of very Christian democrats during my time in the States, but this man seemed quite sure no Christian democrat existed). He then yelled very loudly and angrily toward the stunned audience saying, something very close to, “If any of you think Donald Trump does anything wrong, like the false media suggests, then you are just stupid!” (I guess I’m stupid and that’s okay….and also, I thought this was Canada?! )

At this point, my girlfriend whom I had invited along, turned to me and said, “What is this? These men are completely operating from the flesh.”

And that is what this conference was–a battle between the flesh and Spirit. Control and manipulation vs. trust and love.

Throughout the course of this three day conference (yes, I actually went to see all the speakers just to see how things would end) the audience was treated to a hugely inappropriate (and possibly illegal) speech by (a specific candidate of the United Conservative Party) who again used more fear mongering and told us Christians that our biggest most powerful spiritual weapon was (wait for it…) “a membership in the United Conservative Party.” (I thought our most powerful spiritual weapon was faith in Jesus? Boy was I wrong!)

Thankfully, after all this manipulation by pastors who misused their authority and influence, a different kind of pastor emerged. This one began a true sermon. His authority was not established in exerting power over people; rather, his authority came as one sent by Jesus to pour out a love message. And that message was, don’t listen to fear. Fear never dictates the way of the cross.

If you want to learn more about how the Evangelical church has fallen in love with power, read The Myth of a Christian Nation: How the Quest for Political Power Is Destroying the Church by pastor  Gregory A. Boyd

“The church was established to serve the world with Christ-like love, not to rule the world. It is called to look like a corporate Jesus, dying on the cross for those who crucified him, not a religious version of Caesar.”