I recently wrote a post regarding a tweet by author Lee Grady that mentioned his book Ten Lies The Church Tells Women. I had read Lee Grady’s wonderful book years ago and really liked it. It was inspirational for me at the time, but it struck me how those simple ten lies are only the tip of the iceberg. So I decided to come up with my own list of “ten more lies the church tells women.”

Okay, so that’s my short list (I have more lies, so don’t worry if this list bores you because there is more to come.) Below you’ll find my explanation of why these are lies. Go here for the OVERVIEW OF THE FIRST FIVE LIES:

We all know Eve’s sin was that she was “deceived”:

For Adam was formed first, then Eve; and Adam was not deceived, but the woman was deceived and became a transgressor. —1 Tim. 2:13–14, NRSV

But I am afraid that as the serpent deceived Eve by its cunning, your thoughts will be led astray from a sincere and pure devotion to Christ. –2 Cor. 11:3, NRSV

Ultimately, Eve’s mind was targeted by Satan and her thoughts were led astray–not her heart. This is important because when it comes to death, being tricked or confused does not lead to death. It is only when a heart purposefully turns away from God in order to bow down to another god that death is embraced: “But if your heart turns away [from God] and you do not hear, but are led astray to bow down to other gods and serve them, I declare to you today that you shall perish” (Deut. 30:17-18). And so Eve’s sin did not break covenant with God. Adam’s sin did. Adam was not deceived. Adam knowingly and willfully bowed down to the serpent by eating the fruit and, therefore, the covenant of life was broken and death became permanent:

“But at Adam they transgressed the covenant.” –Hosea 6:7

So the truth is Eve did not lead Adam astray; Adam’s deliberate disobedience led his heart astray. For more information on these two very different types of sin go to: Adam & Eve: Two Different Types of Sin

Gender does not define purpose – God’s words and instructions to us in Genesis 1:28 defines our purpose. The original purpose given to us by God in Gen. 1:28 is the same purpose Jesus gives to all his followers. Adam & Eve’s purpose is not to “bear children;” their purpose is to bear the fruit of the Holy Spirit.

“God blessed them, and God said to them:

Jesus literally lived out Genesis 1:28. He was extremely fruitful displaying every fruit of the Spirit with perfection; Jesus multiplied himself through the creation of disciples who were then filled with the Holy Spirit; Jesus commenced the “filling of the earth” with his message of love and salvation by his own act of entering into our world and proclaiming life to us. And Jesus has obtained dominion of the earth by living a sinless life. Therefore, the whole of Genesis 1:28 is found in Jesus. We are to follow his example.

So the truth of the matter is that man and woman’s purpose on earth is exactly the same — and it’s all about becoming like Jesus . Go to What is Eve’s Purpose? for more information. 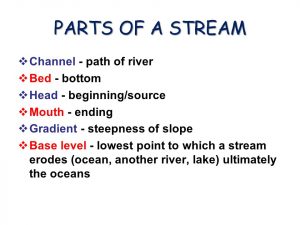 All drank the same spiritual drink. For they drank from the spiritual rock that followed them [in the desert with Moses], and the rock was Christ. –1 Cor. 10:4, NRSV, bold and additions mine 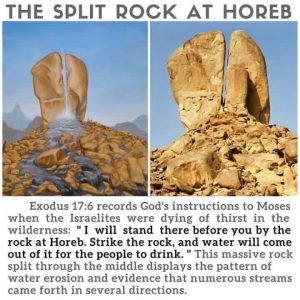 So the truth is men are not inherently — due to gender — leaders of women. Man is, however, the origin from where woman came. Go here for more information on Adam is the “Head” of Eve .

[God said to Moses], “I am the God of your father, the God of Abraham, the God of Isaac, and the God of Jacob.” And Moses hid his face, for he was afraid to look at God. –Ex. 3:6 NRSV, bold added

I speak with him [Moses] face to face, Even plainly, and not in dark sayings; And he sees the form of the Lord. –Num. 12:8, NKJ, bold added

So here we have the first “form” of God and the one person who is intimate with this form is Moses. Not surprisingly, the visible shape or configuration of this particular form of God is that of a man:

And he [Moses] said, “Please, show me Your glory.” Then He [God] said, I will make all My goodness pass before you, and I will proclaim the name of the Lord before you. I will be gracious to whom I will be gracious, and I will have compassion on whom I will have compassion.” But He said, “You cannot see My face; for no man shall see Me, and live.” And the Lord said, “Here is a place by Me, and you shall stand on the rock.  “So it shall be, while My glory passes by, that I will put you in the cleft of the rock, and will cover you with My hand while I pass by.  “Then I will take away My hand, and you shall see My back; but My face shall not be seen.”  –Ex 33:17-23, bold added

Then Moses went up [mount Horab], also Aaron, Nadab, and Abihu, and seventy of the elders of Israel, and they saw the God of Israel. And there was under His feet as it were a paved work of sapphire stone, and it was like the very heavens in its clarity. But on the nobles of the children of Israel He did not lay His hand. So they saw God, and they ate and drank. –Ex 24:7-11, bold added

This intimacy that Moses had with God did not transpire overnight. Meaning, it was not present at the beginning of their relationship during the encounter at the burning bush where Moses saw NO form. But eventually, Moses became not just a prophet, but a friend. A face-to-face, intimate friend who got to see the form of the Lord.

The next — very different — form of God comes to us from the New Testament:

Now when all the people were baptized, and when Jesus also had been baptized and was praying, the heaven was opened, and the Holy Spirit descended in bodily form like a dove upon Him, and a voice came from heaven which said, ‘You are My beloved Son; in You I am well pleased.’  –Lk. 3:21-22

In Luke 3:21 above, we have Luke describing what John the Baptist saw on the day of Jesus’ water baptism, “heaven was opened, and the Holy Spirit descended in bodily form.” John saw a “bodily form.” The Greek words used here are (bodily) “sōmatikŏs” which means “a whole body” and (form) “ĕidŏs” which means “appearance of shape.” So John literally saw a “body image” come down from heaven and he described this image as “like a dove.” You will notice the phrase “like a dove” does not mean an actual dove was seen—it is a simile.

A simile is a figure of speech comparing two relatively dissimilar things. In other words, a dove and God’s Holy Spirit are very different from each other (one is an animal and the other is God)—but similarities can still be drawn.

John did not see a dove, but he did see something, or rather someone. John is Jewish and the expression “like a dove” was a favorite and often used Jewish simile for female beauty and tenderness (see the Jewish Encyclopedia). This is why the term “dove” is used often throughout the Bible (including the Old Testament Apocrypha) to describe females:

You have dove’s eyes behind your veil. Your hair is like a flock of goats, going down from Mount Gilead. –Song of Solomon 4:1, NRSV

What John the Baptist saw was the form of a woman coming down from heaven and enveloping Jesus. This is what Jeremiah prophesied about long ago: “For the Lord has created a new thing in the land [of Israel]: a female shall encompass (surround on all sides, shield and lead) a man. –Jer. 31:22

This is also what James was speaking about when he said, “But the wisdom from above is first pure, then peaceable, gentle, willing to yield, full of mercy and good fruits, without a trace of partiality or hypocrisy. — Jas. 3:17, NRSV

These two distinct and contrasting images of God — that of a man and that of a woman — give us our definition of what it means to be made in the “likeness” of God. Therefore…

Since we are the children of God, we have no excuse for thinking that the deity looks like anything in gold, silver or stone that has been carved and designed by a man.  –Acts 17:29, New Jerusalem Version, bold added

So the truth is God may be male, BUT God is also female. Both men and women are image-bearers. For more information go to Is the Holy Spirit a Dove? and Image and Likeness of God

Most people call the Holy Spirit “he.” I am not one of those people. I am quite comfortable calling the Spirit who gave me birth “she.” And this is partly why… in the New Testament, yes… it’s true — according to some translations of the Greek — Jesus is seemingly calling the Spirit a “He.” But, we must remember… this is a translation.

However, when we zero in on the word “he” (autos) in the New Testament in regards to Spirit,  the Greek pronoun “autos” means, “she, he or it.” The word does not simply mean “he.”  The translators of the Bibles which we all read have all chosen to use “he” or “it,” in reference to the Spirit of God but never “she.” Even though “she” is a valid option and I believe the correct option:

The Spirit Himself [autos] bears witness with our spirit that we are children of God…. –Rom. 8:16, NKJV

The Spirit itself [autos] bears witness with our spirit, that we are children of God.  –Romans 8:16, DARBY

The Spirit herself [autos] bears witness with our spirit that we are children of God. –Rom. 8:16 (no one has chosen to translate autos like this)

The pronoun “he” can be rejected and so can the pronoun “it.” Choosing the correct pronoun to use then must come from knowing the person we are addressing. When “autos” is placed with Jesus, we know to use “he.” When it is placed with God, because God is referred to as our “Father” (a multitude of times), we feel completely confident in using “he.” But when the participle “autos” is placed with “pneuma” we are at a bit of a standstill — how should we relate to the Spirit and Breath of God?

Shares
Tags from the story
holy spirit and women, Lies we tell women